Titration of our hashtag antibodies has different considerations because each reagent is provided as a mix of two antibody clones. To titrate your hashtags, we recommend using a PE-conjugated format of both clones (for mouse, clones 30-F11 and M1/42, and human, clones LNH-94 and 2M2). Combine these clones at a 1:1 concentration for testing. Note, our PE-conjugated anti-human antibodies are provided at a test size so this may not be the same volume for each antibody. Please refer to the certificate of analysis to determine the concentration of each lot. 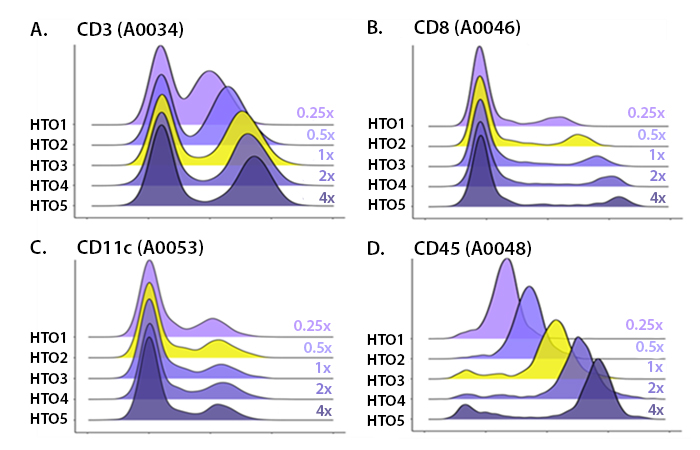 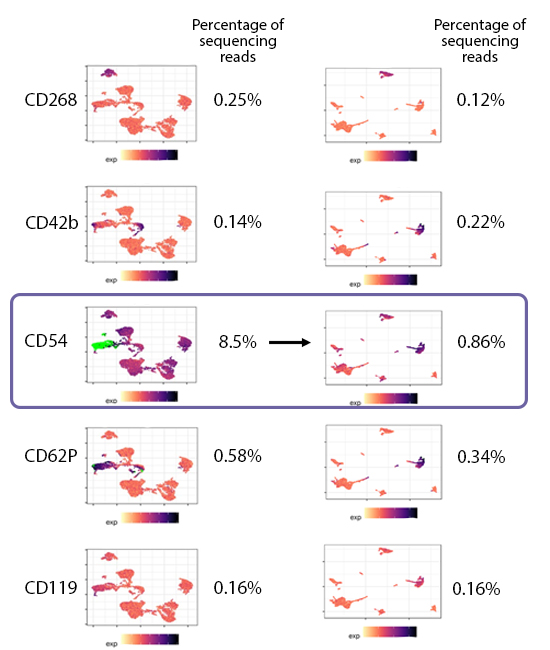