There are three major neurofilament subunits, and the names given to these subunits are based upon the apparent molecular mass of the mammalian subunits on SDS-PAGE: The light or lowest (NF-L) runs at 68-70 kD. The medium or middle (NF-M) runs at about 145-160 kD. The heavy or highest (NF-H) runs at 200-220 kD.

These three proteins are referred to as the "neurofilament tripletâ. Antibodies against neurofilaments are useful for identification of neurons and their processes in histological sections and in tissue culture. The true molecular masses of these proteins are considerably lower than estimated based on SDS-PAGE mobility, particularly in the case of NF-H and NF-M. This is due to the highly charged C-terminal regions of the molecules. All three triplet proteins contain long stretches of polypeptide sequence rich in glutamic acid residues, and NF-M and especially NF-H also contain multiple tandemly repeated serine phosphorylation sites. These sites contain the peptide sequence lysine-serine-proline, and phosphorylation is predominantly found on axonal and not dendritic neurofilaments. Human NF-M has 13 of these KSP sites, while human NF-H is expressed from two alleles one of which produces 44 and the other 45 KSP repeats.

The fourth class IV subunit, alpha-internexin (NF66) was discovered much later than NF-L, NF-M and NF-H, and is found co-polymerized with these proteins in most mature neurons. The fifth protein belonging to class IV, Nestin, is found in developing neurons and glia, and the presence of this protein is widely used to define neurogenesis. This protein is lost as development proceeds.

The class III intermediate filament protein subunit peripherin is found in neurofilaments along with the class IV subunits in a few neurons, mostly in the peripheral nervous system. Finally another class III intermediate filament subunit, vimentin, is found in developing neurons and a few very unusual neurons in the adult in association with class IV proteins, such as the horizontal neurons of the retina.

In the adult mammal neurofilament subunit proteins coassemble , forming a heteropolymer that contain NF-L or alpha-internexin plus NF-M or NF-H. Peripherin and vimentin may incorporate into neurofilaments along with these proteins. The NF-H and NF-M proteins have lengthy C-terminal tail domains that appear to control the spacing between neighboring filaments, generating aligned arrays with a fairly uniform interfilament spacing as seen in axons.

During axonal growth, new neurofilament subunits are incorporated all along the axon in a dynamic process that involves the addition of subunits along the filament length, as well as the addition of subunits at filament ends. The level of neurofilament gene expression correlates with axonal diameter, which controls how fast electrical signals travel down the axon. Mutant mice with neurofilament abnormalities have phenotypes resembling amyotrophic lateral sclerosis. Neurofilament, NF, immunostaining is common in diagnostic neuropathology. It is useful for differentiating neurons (positive for NF) from glia (negative for NF).

Verified Reactivity
Human, Mouse, Rat
Reported Reactivity
Cat
Antibody Type
Polyclonal
Host Species
Chicken
Immunogen
This antibody was raised in chickens against purified bacterially expressed C-terminal extension of rat NF-M, the so-called KE segment.
Formulation
Phosphate-buffered solution + 10mM sodium azide.
Preparation
The antibody was purified by affinity chromatography.
Concentration
Lot-specific (to obtain lot-specific concentration, please enter the lot number in our Concentration and Expiration Lookup or Certificate of Analysis online tools.)
Storage & Handling
The antibody solution should be stored undiluted between 2Â°C and 8Â°C. Please note the storage condition for this antibody has been changed from -20Â°C to between 2Â°C and 8Â°C. You can also check your vial or your CoA to find the most accurate storage condition for this antibody.
Application

Each lot of this antibody is quality control tested by Western blotting.

This antibody is effective in immunoblotting (WB) and immunocytochemistry (ICC). This antibody does not bind to protein A or protein G. 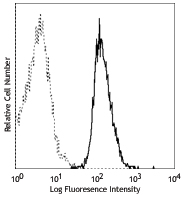 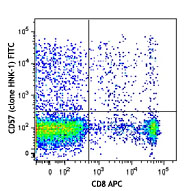 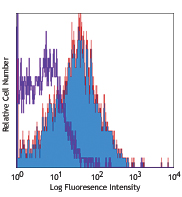