Although tremendous progress has been made in understanding the molecular mechanisms that underlie the neuropathology of Parkinson’s disease (PD), effective measures to predict and stop PD development remain elusive. One reason for this is a dearth of reagents that can reliably discriminate between the various mutations and post-translational modifications (PTMs) in α-Synuclein and Parkin that are known to contribute to PD pathogenesis. By collaborating with leaders in the PD field, including the Michael J. Fox Foundation (MJFF), BioLegend has developed innovative immunoreagents for studying α-Synuclein and Parkin biology. These include a range of high-specificity antibodies and a human α-Synuclein ELISA kit benefiting from outstanding performance. The value of these products to PD research is exemplified by a recent study from the Schlossmacher lab at the Ottawa Hospital Research Institute (OHRI), where BioLegend’s antibodies were fundamental to differentiate between protein variants and reveal a novel neuroprotective function of Parkin.

The role of α-Synuclein and Parkin in Parkinson’s disease 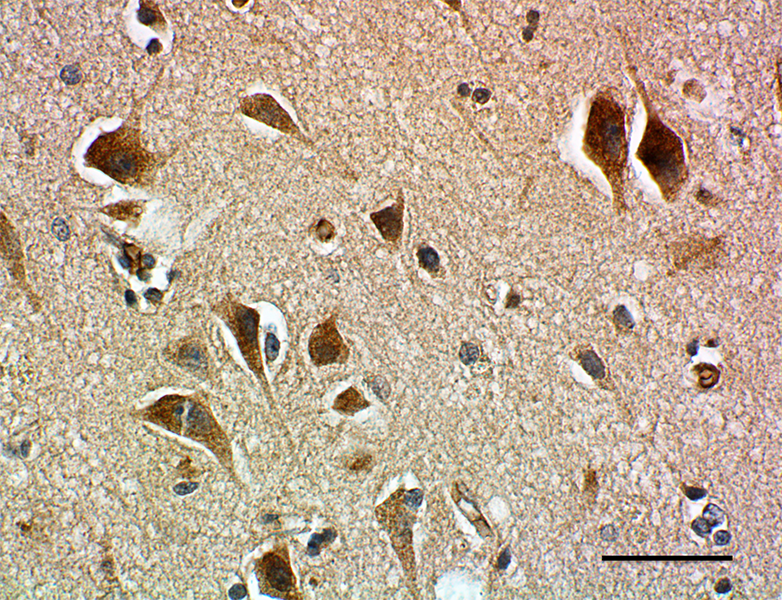 Parkinson’s disease is the second most prevalent neurodegenerative disorder after Alzheimer’s disease. However, current clinical diagnosis can only be confirmed post-mortem by analysis of brain tissues to identify histopathologic hallmarks of PD. One such hallmark is the presence of proteinaceous intracellular inclusions called Lewy bodies, which are composed mainly of α-Synuclein. Parkin frequently co-localizes with α-Synuclein in Lewy bodies, and mutations and PTMs in both proteins have been linked to PD. Examples include Parkin loss-of-function mutations that are associated with the death of midbrain dopaminergic neurons; α-Synuclein phosphorylation at Serine 129 that is thought to be involved in regulating α-Synuclein aggregation; and oxidative modifications of Parkin cysteine residues that perturb Parkin E3 ligase activity. Further research is necessary to fully understand the role of α-Synuclein and Parkin in Parkinson’s disease and establish their value as diagnostic biomarkers or targets for therapeutic intervention.

Through collaboration with MJFF and other organizations, BioLegend has developed novel reagents to help elucidate mechanisms of PD pathogenesis and drive the discovery of diagnostic biomarkers and treatments for PD. These include high-specificity antibodies that can recognize native, unmodified forms of α-Synuclein and Parkin; aggregated α-Synuclein and Parkin; phosphorylated α-Synuclein; and truncated α-Synuclein; as well as a human α-Synuclein ELISA kit proven to offer outstanding reliability, specificity, and consistency. The latter is especially useful to support large clinical studies such as the Parkinson's Progression Markers Initiative (PPMI), a global effort designed to evaluate cohorts of significant interest and identify biomarkers of PD progression.

BioLegend’s anti-Parkin antibodies detect modified forms of Parkin associated with disease. Since there is currently a lack of reliable tools for studying Parkin modifications, such reagents are essential to identify and monitor pathological hallmarks of PD, especially when used to investigate diseased tissue samples.

Being able to study oxidative modifications of Parkin is particularly important to PD research since oxidative stress is thought to play a central role in the progression of PD. By using BioLegend’s anti-Parkin antibodies to assess Parkin’s oxidation status, researchers can study the underlying processes involved in health and disease and can better understand the selective destruction of dopaminergic neurons that occurs as Parkinson’s disease progresses.

BioLegend is first to market with antibodies able to specifically detect oxidized and aggregated Parkin, providing researchers with the capacity to distinguish between different protein variants that may be implicated in disease development or protection. Moreover, BioLegend’s antibody reagents are the first of their kind with utility in western blot and IHC, opening up a wealth of PD research opportunities.

Earlier this year, researchers at Dr. Michael Schlossmacher’s lab within OHRI used BioLegend’s anti-Parkin antibodies to show that Parkin oxidation, previously believed to be a loss-of-function event, is in fact neuroprotective. By performing western blotting and IHC analysis of multiple human brain samples, the Schlossmacher group found that oxidation of Parkin cysteines underlies several important neuroprotective functions. These include the formation of neuromelanin, a type of melanin that accumulates in neurons throughout a person’s lifetime but is lost during PD; and the reduction of hydrogen peroxide in the adult mid-brain that would otherwise function as an intracellular signaling molecule to promote neuronal death. 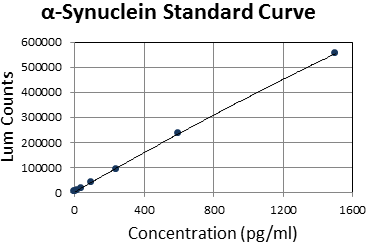 BioLegend developed the LEGEND MAX™ human α-Synuclein ELISA kit as a solution to measure α-Synuclein reliably, reproducibly, and consistently in biological samples. With particular utility for samples from small- or large-scale clinical trials, or for large cohort studies such as PPMI, the kit benefits from ultra-sensitivity (as low as 6 µg/mL), high specificity for human α-Synuclein (no cross-reactivity with β- or γ- Synucleins), and compatibility with complex sample types such as CSF, plasma, serum, saliva, whole blood, and cell lysates. The LEGEND MAX™ human α-Synuclein ELISA kit has demonstrated excellent performance in independent testing funded by MJFF.