High mobility group box 1 (HMGB1) is a protein highly conserved across species that is present in the nuclei (chromatin associated) and cytoplasm of all cells. In the cytoplasm, HMGB1 is a critical regulator of autophagy, enhances cell survival, and limits apoptosis. It also acts as a chaperone that reduces protein aggregation caused by heat or chemical stress. HMGB1 is released to the extracellular milieu by inflammatory cells and by necrotic and apoptotic cells. Once released, it functions as an inflammatory cytokine and it is secreted by macrophages and monocytes as a late response to LPS, TNF-Î±, IL-1Î², or IFN-Î³. Interestingly, the inflammatory activity of extracellular HMGB1 is dependent upon its redox state. The protein possesses three cysteine residues: C23, C45, and C106. In its reduced state, HMGB1, (-SH), has chemotactic activity; whereas HMGB1, with a disulfide bond between C23 and C45, induces cytokine production and the activation of NF-ÎºB. The fully oxidized form has no immune function, losing its proinflammatory effect and the caspase-dependent apoptotic cell death activation function. HMGB1 interacts with several molecules, such as IL-1Î², RNA, DNA, LPS, lipoteichoic acid (LTA), and CXCL12. Thus, HMGB1 displays greater proinflammatory activity through cytokine binding, and the chemotactic property is mediated by CXCL12 binding. Extracellular HMGB1 contributes to the pathogenesis of chronic inflammatory and autoimmune diseases, which include: sepsis, rheumatoid arthritis, atherosclerosis, chronic kidney disease, systemic lupus erythematosus, and cancer. It has also been associated to chronic pain and delayed gastric ulcer healing in mice.

Source
Human HMGB1, amino acids (Met1 - Glu215) (Accession# NM_002128), was expressed in 293E cells.
Molecular Mass
The 215 amino acid recombinant protein has a predicted molecular mass of approximately 24.8 kD. The DTT-reduced and non-reduced protein migrate at approximately 38 and 40 kD respectively by SDS-PAGE. The predicted N-terminal amino acid is Met
Purity
>95%, as determined by Coomassie stained SDS-PAGE.
Formulation
0.22 Âµm filtered protein solution is in PBS, pH 7.2.
Endotoxin Level
Less than 0.01 ng per Âµg cytokine as determined by the LAL method.
Concentration
25 Âµg size is bottled at 200 Âµg/mL.
Storage & Handling
Unopened vial can be stored between 2Â°C and 8Â°C for up to 2 weeks, at -20Â°C for up to six months, or at -70Â°C or colder until the expiration date. For maximum results, quick spin vial prior to opening. The protein can be aliquoted and stored at -20Â°C or colder. Stock solutions can also be prepared at 50 - 100 Âµg/mL in appropriate sterile buffer, carrier protein such as 0.2 - 1% BSA or HSA can be added when preparing the stock solution. Aliquots can be stored between 2Â°C and 8Â°C for up to one week and stored at -20Â°C or colder for up to 3 months. Avoid repeated freeze/thaw cycles.
Activity
ED50 of 3.0 - 15 Âµg/ml, as determined by induction of TNF-Î± in RAW 264.7 monocyte/macrophage mouse cells.
Application

Gene ID
3146 View all products for this Gene ID
UniProt
View information about HMGB1 on UniProt.org 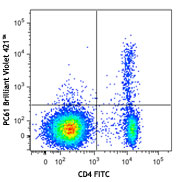 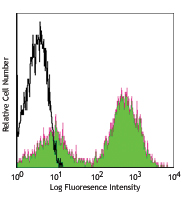 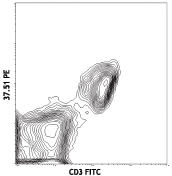 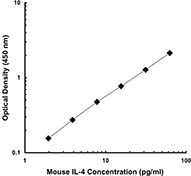