Phosphorylation and de-phosphorylation play critical roles as a mode of signal transfer in biological processes. This is defined as the transfer of phosphoryl groups [(PO3)2-] from one molecule to another, and serves as a transfer of energy that results in the activation, or deactivation of downstream proteins.

At BioLegend, we offer a wide array of phospho protein-related products for use in flow cytometry, western blotting, and microscopy applications. Whenever possible, the phospho protein-specific antibodies we offer are optimized to work for multiple applications, allowing for clone and product consistency across different experimental systems.

PhosphoPair Antibody Sets bundle a pair of antibodies together for cost-savings and convenience. One antibody is specific for a phosphorylated form of a protein, while the other detects total or unphosphorylated levels of the protein. PhosphoPair Antibody Sets are quality tested in western blotting to ensure high quality results in each experiment. 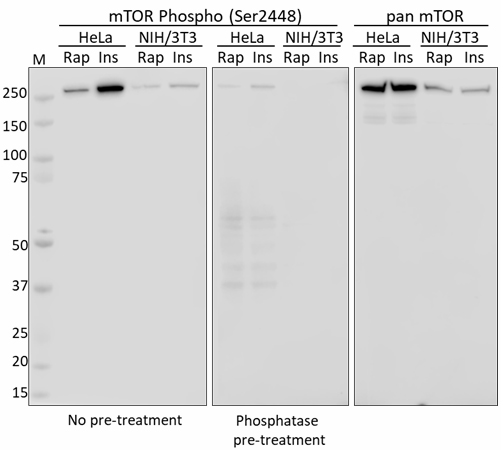 
The table below lists a number of well known phosphorylated proteins. Learn more about each protein and view the important phosphorylation sites. Also find upstream kinases and phosphatases that interact with the protein. 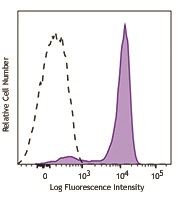 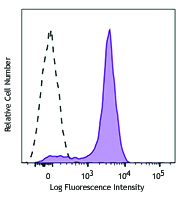 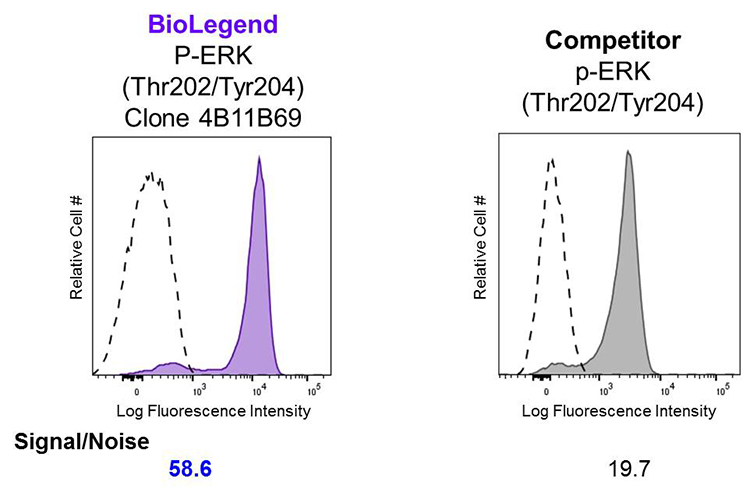 Human peripheral blood lymphocytes were stimulated with (filled histogram) or without (open histogram) Cell Activation Cocktail (without Brefeldin A) for 15 minutes, then fixed with Fixation Buffer, permeabilized with True-Phosâ ¢ Perm Buffer, and intracellularly stained with Alexa FluorÂ® 647 ERK1/2 Phospho (Thr202/Tyr204). Clone 4B11B69 was used at 0.125 Âµg/test and compared side-by-side against the competitor's product, which was used at 0.1 Âµg/test. 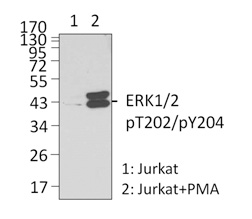 With the acquisition of Covance's antibody product portfolio, BioLegend now offers antibodies targeted towards phosphorylated proteins implicated in the biology of the brain, and neurodegenerative diseases. 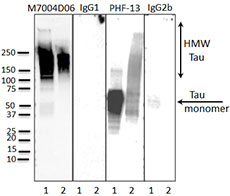 Proteins make up the majority of target molecules that can be phosphorylated by kinases, but lipids (e.g. Phosphatidylinositol-4,5-bisphosphate 3, or PI3) can also be phosphorylated. On proteins, three major amino acid residues serve as major sites of phosphorylation: Tyrosines (Tyr, Y) Serines (Ser, S), and Threonines (Thr, T). They all possess a hydroxyl (-OH) group in their variable chain that can serve as a placement site for a phosphate group by kinases:

Phosphatases work in reverse to kinases, and are responsible for removing phosphate groups from their targets. Dephosphorylation that is catalyzed by phosphatases is important for maintaining homeostatic balance in the biological system â once a protein is phosphorylated for activation, it must be turned off via dephosphorylation by phosphatases or by protein degradation. Constitutively active phosphorylation signal pathways are hallmarks of numerous malignancies, including cancer. 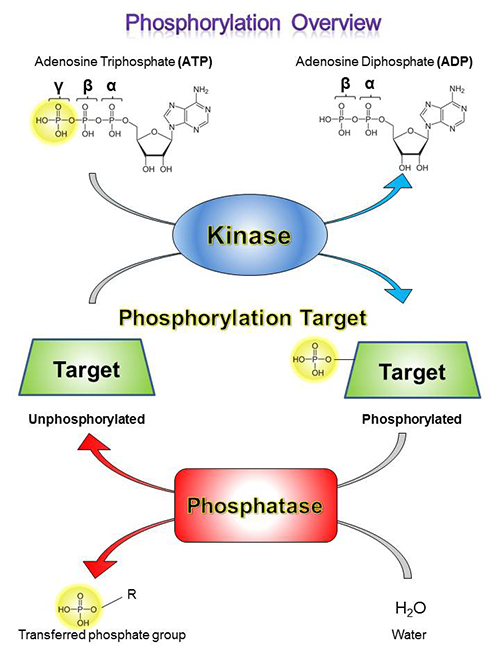 Finding the right conditions to stain for phosphorylated intracellular targets for flow cytometric analysis can be tricky. At BioLegend, we have developed the True-Phos™ Perm Buffer for flow cytometry, which is specifically designed to help detect our highly sensitive phosphorylation-specific antibodies. True-Phos™ Perm Buffer is not designed for use in western blotting or microscopy applications. 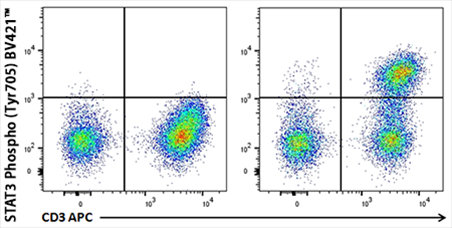 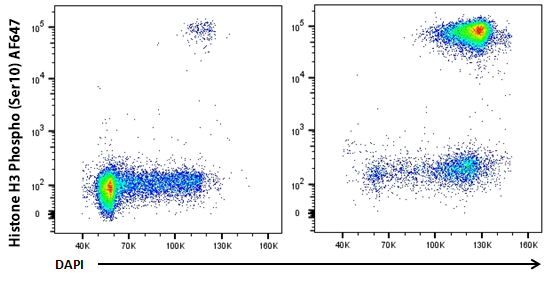