Microtubules (MTs) are a major component of the eukaryotic cytoskeleton. They engage in important cellular processes, such as maintaining cellular shape and structure, intracellular trafficking, cell division, and motility. Polymers of α- and β-tubulin heterodimers are organized into protofilaments, which are then assembled into microtubules. MT assembly is a dynamic process, where tubulin subunits are added or removed to control the length of the microtubule. The ability to shift through different MT formations is what enables a cell to undergo cell division and regulate intracellular transport. 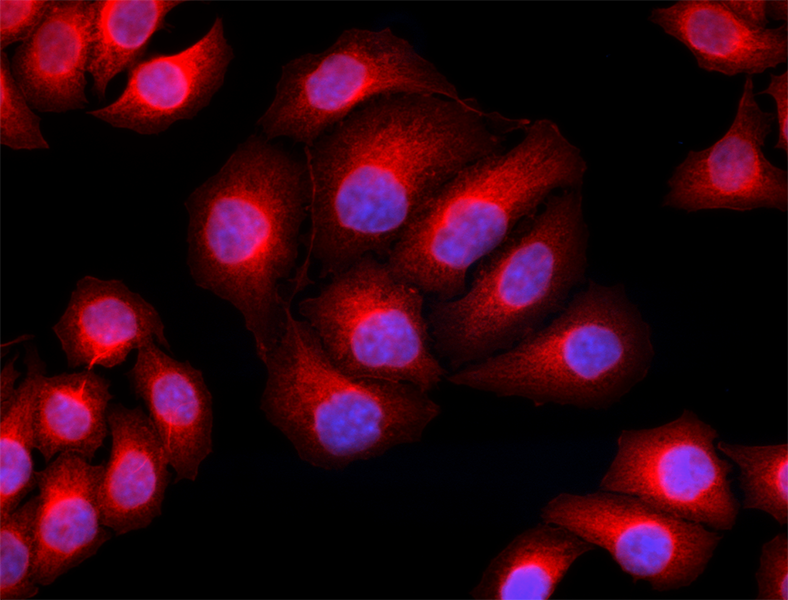 Microtubule-binding proteins (MBPs) are a group of functionally diverse proteins that can regulate MT dynamics and other MT-mediated cellular processes. Below, are examples of MBP categories:

Microtubule function and dynamics can be regulated through post-translational modifications (PTMs) of tubulins. These modifications include phosphorylation, ubiquitination, detyrosination, and acetylation. For example, tubulin phosphorylation is linked to cell cycle-dependent regulation of microtubule dynamics. In mitotic cells, the interphase microtubule network is rearranged into mitotic spindles to allow chromosome segregation between daughter cells. This rearrangement is facilitated through phosphorylation of β-tubulin by cyclin-dependent kinase 1 (Cdk1) at serine 172, which impairs tubulin dimer incorporation into microtubules1. Tubulin PTMs have been associated with diseases such as cancer and neurodegenerative diseases.

The maintenance of cytoskeletal homeostasis and MT stability is important for the development and survival of the nervous system. In neurons, MTs are spread throughout and connect different neural compartments. Microtubules, in cooperation with other MT-binding proteins (e.g. Tau), participate in axonal transport and the trafficking of cargo within different compartments of a neuron. MTs are also involved in neuronal cell polarization, neurite branching, and dendritic spine remodeling. 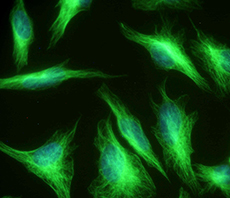 Abnormal microtubule dynamics are associated with neurodegenerative disorders including Alzheimer’s and Parkinson’s diseases (PD)2. Proper folding of tubulins is important for their function. Misfolded tubulins can be toxic and need to be rapidly degraded to avoid cellular damage. Tubulin turn-over is accomplished through ubiquitination by the parkin E3 ubiquitin ligase, a protein linked to PD3. Parkin was shown to bind to α- and β-tubulin heterodimers, enhancing their ubiquitination and subsequent degradation. In addition, parkin may also participate in degrading misfolded tubulins generated by microtubule-depolarizing toxins and protect neurons from these toxins3.

Alterations in microtubule networks have been implicated in a wide range of cancers and can be attributed to tubulin PMTs, MT stability, and alterations in the expression of tubulin isotypes. Acetylated α-tubulin plays an important role in a variety of cellular functions including intracellular trafficking and mitosis. In the context of cancer, elevated levels of acetylated α-tubulin have been reported in tumor cells where they contribute to the tumor response to tubulin-binding chemotherapy agents and disease prognosis. Increased α-tubulin acetylation in metastatic breast cancer, for example, promotes the formation of membranes protrusions that enable breast cancer cell migration4.  Alpha-tubulin acetylation can be reversed by two de-acetylating enzymes: histone deacetylase 6 (HDAC6) and sirtuin 2 (SIRT2). Interestingly, concurrent upregulation of HDAC6 with a decrease in acetylated α-tubulin has been suggested to correlate with a better prognosis in breast cancer, presumably by affecting microtubule stability4. Increased tubulin acetylation may contribute to aggressive tumor behavior in various cancer cells by 1) maintaining protein kinase B (also known as AKT) in an active state and enhancing oncogenic signaling5, or 2) upregulating the levels of anti-apoptosis proteins, such as MCL-1, by preventing its degradation by the ubiquitin-proteasome pathway and enabling apoptosis avoidance mechanisms6.