Actin is an ATPase that is abundantly expressed throughout the cytoplasm and in the nucleus. Actin filament polymerization and depolymerization is a highly dynamic and tightly regulated process that is dependent on the function of accessory and regulatory proteins. Polymerization occurs at the ‘barbed’ end, while depolymerization takes place at the opposite, pointed filament end1. The terms G- and F-actin refer to actin in a free monomeric state and actin incorporated into filaments, respectively.

Phalloidin is a bicyclic peptide found in death cap mushrooms that binds very tightly to F-actin, preventing its depolymerization in living cells. In cellular imaging, fluorescently conjugated phalloidins are useful for imaging the fine filaments of actin, providing structural and volumetric context to the cell. We provide Flash Phalloidin™ formats that emit in the green (488 nm) and red (594 nm) regions. 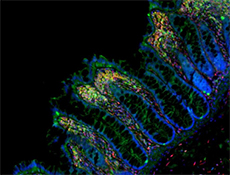 Filopodia are actin-containing cytoplasmic protrusions at the cell surface. Within these structures, fascin, a major bundling protein in the leading edge of filopodia, creates tight cross-links between filaments to increase the collective filament stiffness and enhance the cell’s ability to protrude3.

Other examples of actin filament cross-linkers include filamin A and filamin B. Filamin A cross-links actin filaments into an orthogonal network and helps anchor membrane glycoproteins to the cytoskeleton. It is also important in modifying cell shape during cell migration by changing the cytoskeletal dynamics. Filamin B functions as a scaffold protein and links the cytoskeleton to the plasma membrane. It is required for receptor-mediated signal transduction and is a key regulator of intracellular signaling through cross-linking and anchoring of actin, which allows for communication between the cell membrane, transmembrane receptors, and the cytoskeletal network.

Actin-filament severing proteins are proteins that cut actin filaments to regulate filament dynamics. Cofilin and gelsolin are the two main families of actin-severing proteins.  Both proteins can interact with monomeric and filamentous actin.

Cofilin participates in disassembling branched actin networks at the interface of bare and cofilin-decorated filaments and is important for rapid turnover. Gelsolin is a calcium-regulated protein that binds to the barbed ends of actin filaments to promote nucleation, capping, or debranching of actin filaments4. 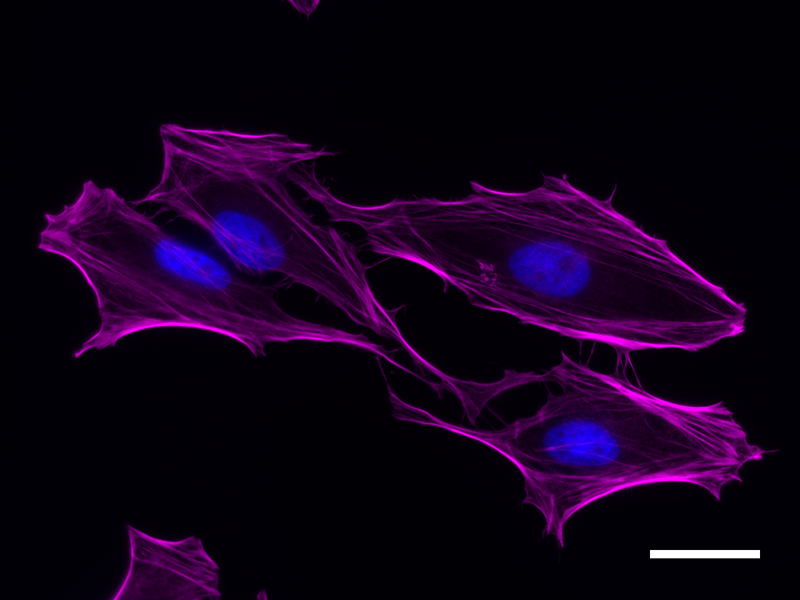 Actin and myosin work co-operatively to enable muscle contraction. Myosin heads interact with nearby actin filaments forming cross-bridges. The process of myosin binding and releasing actin in a cyclical fashion results in macroscopic muscular movements5. Interactions between myosin and actin filaments also contribute to cell motility and are required for myosin-dependent contractility during mitosis and cytokinesis6.

Spectrins are cytoskeletal proteins that form pentagonal or hexagonal lattices adjacent to the intracellular side of the plasma membrane through association with short actin filaments. These structures act as scaffolding and interact with membranes proteins by binding to ankyrins. Through these interactions, spectrins play an important role in structural integrity and maintaining the plasma membrane. The name spectrin is derived from the term specter since they were first isolated from the membranes of erythrocytes that had been treated with mild detergents and appeared ghost-like under light microscopy. In red blood cells, spectrins confer elasticity and allow the cells to withstand the shear forces encountered in the circulatory system7. Spectrins are also involved in cellular polarity, intracellular trafficking, and protecting axons from mechanical stress. 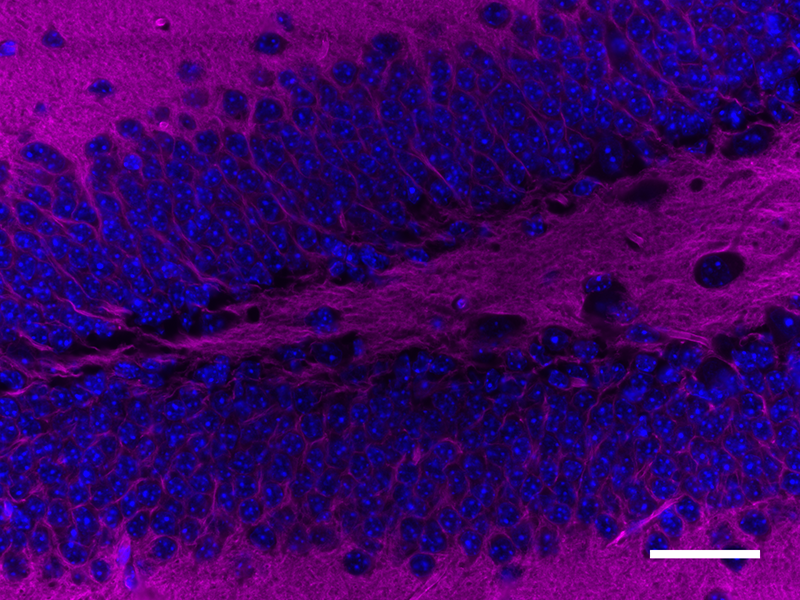 Vinculin is an actin-binding cytoskeletal protein associated with focal adhesion (FA) and adherence junctions, which are membrane-associated complexes rich in integrins. These structures serve as cross-linkers between the plasma membrane, extracellular matrix (ECM), and the actin cytoskeleton8. Vinculin is commonly used as a marker for cell-cell or cell-ECM junctions due to its association with these structures. It plays an important role in cell spreading and motility, a process that involves integrin receptors binding to ECM adhesion molecules. The binding of vinculin to actin stimulates actin polymerization, and the recruitment of the actin-remodeling proteins to regulate cell-cell or cell-matrix adhesions. Loss of vinculin is associated with a decrease in the formation of focal adhesions and inhibition of lamellipodia extension8. It is proposed that the binding of vinculin to FAs suppresses cell migration, and as a result, loss of vinculin contributes to metastatic phenotypes in cancer tissue due to loss of cell-cell adhesion.