Advancing Alzheimerâs Research With Our Immunoassays

Alzheimer’s disease (AD) and related forms of dementia are increasingly affecting the aging population worldwide. The World Alzheimer’s Report indicates around 50 million people are affected by AD1, which is only projected to increase if interventions and treatments are not successful. While new biomarkers are currently being developed for aggregation, inflammation, and synaptic dysfunction, treatments for the disease are limited2.

For Alzheimer’s Awareness Month, we’re highlighting the resources our scientists have developed to advance AD research, including high-quality and specific immunoassays for the detection of key target proteins involved in the pathogenesis of Alzheimer’s disease.

To learn more about the known associated proteins that have been implicated in AD, and a comprehensive list of available reagents, explore our Neurodegeneration resources. 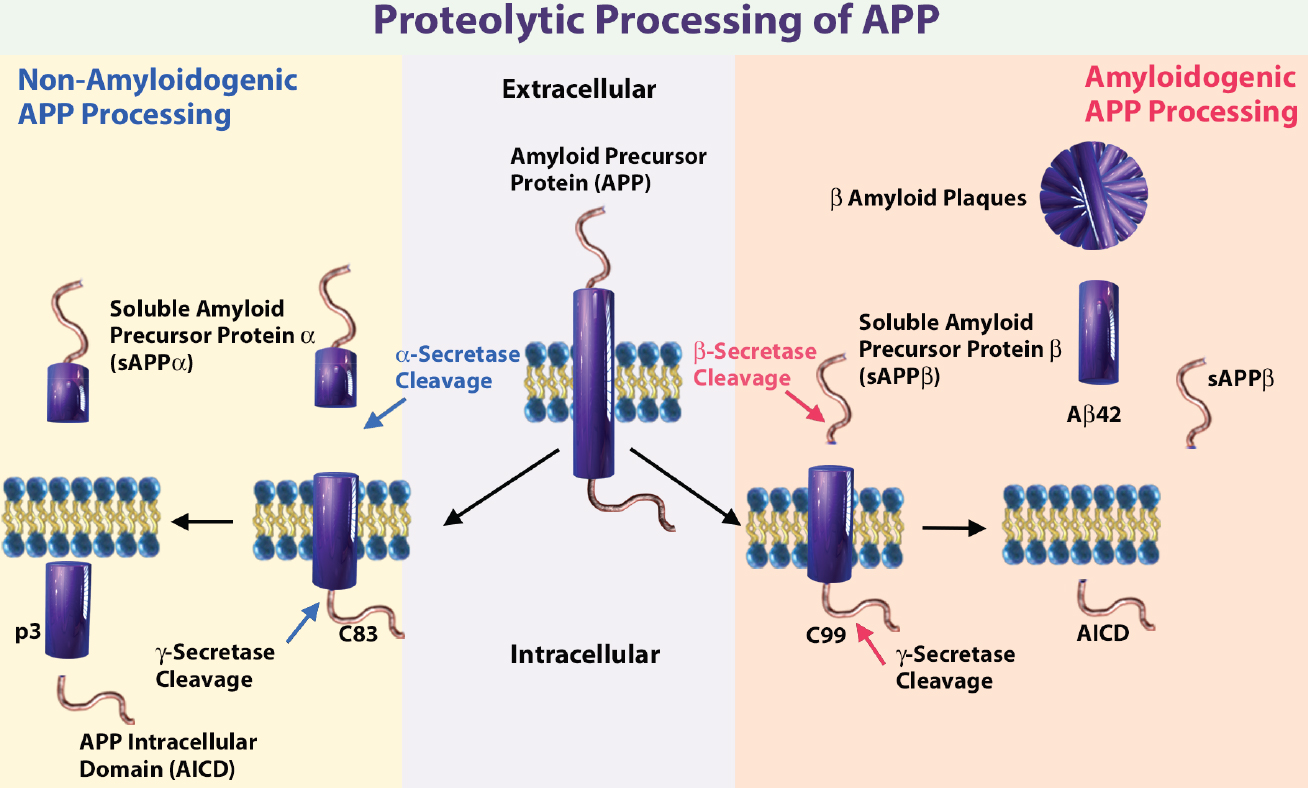 Amyloid beta peptide (Aβ) is produced through the proteolytic processing of a transmembrane protein, amyloid precursor protein (APP), by β- and γ-secretases. Aβ accumulation in the brain is proposed to be an early toxic event in Alzheimer's disease pathogenesis. There are several known amyloid isoforms generated by APP cleavage, including amyloid beta (1-42), amyloid beta (1-40)3.

The accumulation of amyloid β peptide (1-42) in extracellular plaques is one of the hallmarks of AD. Although Aβ (1-40) is more abundant than Aβ (1-42), it has a lower tendency to aggregate. Aβ42/Aβ40 ratio in cerebrospinal fluid (CSF) is an important diagnostic biomarker of the severity of disease6,9. A lower Aβ42/Aβ40 (Aβ42/40) plasma ratio is associated with higher amyloid cortical burden, greater cognitive decline and increased risk of developing AD dementia10,11.

Our LEGEND MAX™ Human Amyloid β 1-42 and Amyloid β 1-40 ELISA Kits are an important tool to determine the Aβ42/Aβ40 and are designed for the accurate quantitation of human amyloid protein fragments. Both LEGEND MAX™ ELISAs are analytically validated and can be used to detect native proteins in several types of human samples, including serum, plasma, and CSF.

Our sampler kits are ideal for visualization of native and post-translationally modified forms of proteins implicated in neurodegeneration, and provide accurate detection of these species. The Aβ Antibody Sampler Kit offers flexibility for sampling and detection of full-length APP and various APP cleavage fragments including Aβ (1-40) and Aβ (1-42) peptides.

We also provide reagents for other proteins implicated in AD, such as tau. In normal physiology, tau is an important protein in microtubule stability and structure. Hyperphosphorylation of tau is one of the leading causes of reduction in binding affinity and its dissociation from microtubules. This affects the structural integrity of axons, and excess levels of tau lead to abnormal aggregation and the formation of insoluble fibrils and tangles.

In addition to these immunoassays, we are continuously expanding our portfolio to include aggregate-preferring antibodies and phospho-specific antibodies for tau and amyloid beta, as well as antibodies for characterizing cell signaling of various cell types in the brain.

BioLegend is committed to empowering Alzheimer’s and neurodegenerative disease research by providing resources for key targets, such as tau, APP and Aβ. Discover the difference with our high-quality and validated reagents created by our expert scientists.