Are most appropriate when you want to identify human-to-human variation.

There's a large amount of genetic variation from human to human, and this can account for some unexpected differences in expression of certain markers. This is best demonstrated in patient samples, where antigen expression, autofluorescence, and background variance often require, for the best results and accurate gating, that each fully-stained patient sample has controls derived from the same patient. Alternatively, you might consider using Veri-Cells™, a normal human control sample that can verify the consistency of reagent performance between experiments.

In the data below, two human donors display consider variability in their expression of CCR4 and CCR5. On NK cells, Donor B exhibits very low CCR4 levels, but higher levels of CCR5 when compared to donor A. In this scenario, the reagents may not be at fault. Rather, human genetic variability may explain the observed differences in staining. 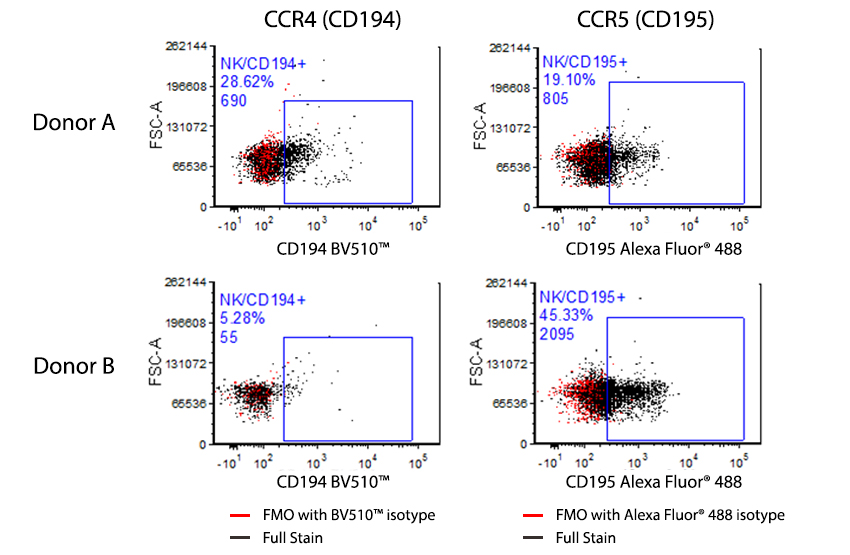